Alexander P. Artridge was well and truly stuck up his pear tree. Both of his hands were jammed between two separate branches. His legs were tangled together. His mouth was stuffed with dead leaves. He had no choice but to spend Christmas Day alone and watch his wife’s lover sneak in through the back door.

After 25 years of work, thousands of casualties, hundreds of ruined relationships, 48 million pounds in cash spent on a lab, technicians and multiple lawsuits, it’d be understandable for you to think that George was happy to see his two sea turtles finally take flight with their fully functioning giant dove wings. But to be honest, he just felt a bit “meh”.

Paul was exhausted. For the last three days he’d been getting prank phone calls in the middle of the night. Just as he was about to drift off, his mobile phone would ring. He’d pick it up only to hear silence. He’d turn the phone off and then the whole pattern would start again. It’s almost as if the people calling could see that he was seconds from sleep.

“Just turn your phone off at night,” his mum said over lunch on the fourth day.

But it wasn’t that easy. Ever since Sandra left him and moved to the other side of the world, he was determined to always be available in case she changed her mind. The thought of her trying to call him in the middle of the night, his time, and his phone being off made Paul feel sick.

He’d fly to New Zealand tomorrow if he could. But she wouldn’t allow it. So he stayed at home in the dark, isolating countryside.

Paul was fed up with people. They’d always let him down. A hobby wasn’t a bad idea though. He used to love feeding the birds. He loved how they couldn’t judge him. He loved how if he’d ever made a mistake or forgotten to put food out, they couldn’t get on his case. They’d simply fly away and come back when he was ready to look after them.

Paul looked out of his kitchen window to see his dozen or so birdhouses looking a bit bleak. It must’ve been months since he’d last fed the birds. During the break-up he’d barely left the house.

“Good idea, mum,” he said. “Perhaps next week I’ll get back into feeding the birds.”

“Yeah, yeah. Hope you manage to serve them something better than this stale rubbish.”

Once Paul’s mum had finished criticising his sandwich making skills (despite eating every crumb) she made her excuses and went home.

Paul was knackered. So knackered he thought he would most certainly sleep all the way through the night, prank phone calls or not.

Shit, what if Sandra rings and I’m conked out? Paul panicked. He made himself coffee. Lots and lots of coffee. Too much coffee. He was determined not to sleep tonight. He wanted to wait up in case the phone rang.

When bed time rolled around, Paul was quite literally bouncing off the walls. He couldn’t sit still.

At 1am he decided to clean the kitchen. As he began to clean the floor, his phone rang in his pocket. Paul chucked the mop on the floor and answered after only one buzz.

At 2am he decided to iron all of his shirts. As he was packing the ironing board away, Paul’s phone rang.

“Hello?” Silence. “HELLO?!” The phone died. Paul smashed up the ironing board with his fists.

At 3am he decided to feed the birds. He strapped a torch to his head, cleared out all 12 birdhouses, filling them all with fresh bread and seeds. As he headed back to the house, Paul’s phone rang,

At 4am he decided to reorganise the bookshelf in his bedroom. As he put the final book beginning with Z on the bottom shelf, his phone rang.

“WHO IS THIS?” Silence. “ANSWER ME!” The phone died. Paul burst into tears and threw a hardbacked book through his bedroom window. He ran to the broken glass and yelled through the hole into the direction of the huge oak tree that overlooked his room.

He screamed every four letter word he could muster, as if the leaves were mocking him. Paul sobbed as his blurry eyes fixed on an image he couldn’t quite believe. Sat on the closest branch to his window were four birds, circled around what appeared to be a mobile phone.

One of the four birds pecked the screen.

He glared at the birds as the phone on the branch glowed. One of the birds chuckled.

“WHAT THE FUCK DO YOU WANT FROM ME SPARROWS?!” yelled Paul. “I JUST FED YOU! I THOUGHT YOU’D UNDERSTAND!”

“Paul?” came a voice from the phone.

Paul looked at the branch. The birds had gone.

“Paul? Are you there? Did… did you just call me a sparrow?”

Paul looked at the name on the screen of his phone and passed out, exhausted. 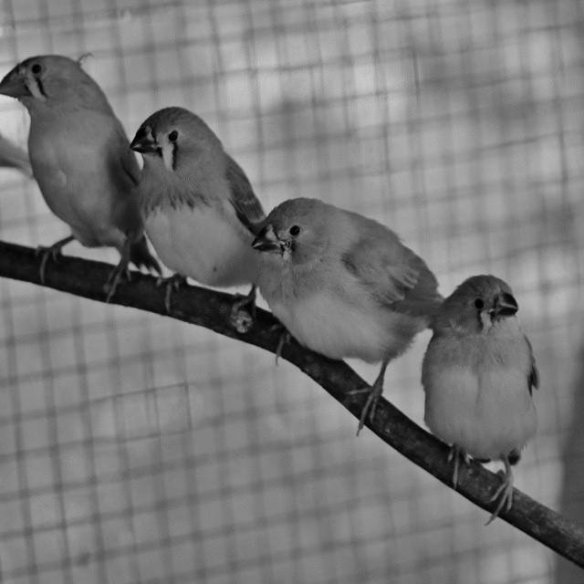 Marcus put five gold rings on each of his fingers and thumbs.
He loved it when his mum went out.
He always felt she didn’t make the most of her glorious wardrobe.
Sometimes he’d paint his teeth with her nail varnish.
Or use her slippers for oven gloves.
Or pop to the shops using her bra as a hat.
Once, he’d slept naked on a bunch of her earrings just to prove he could.
Mum’s so boring, he thought.

Half a dozen geese were laying by the campus lake. They seemed to be asleep or minding their own business, but the student couldn’t be sure, so rather than simply walking passed them to get to class, she decided to quit university, move back home and never even mentioned the name of that horrible city ever again. 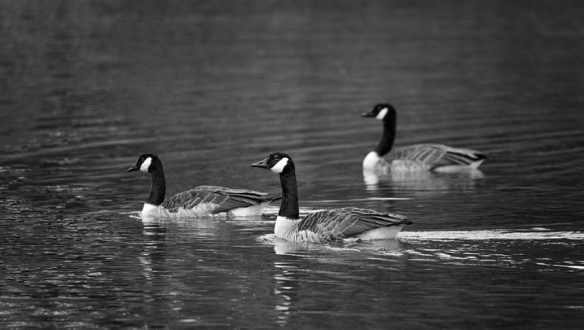 He didn’t know why, but Billy desperately wanted to set up a swimming race for the swans in his village.

He spent all of his pocket money on hiring out the local swimming baths, recruited the strongest seven swans he could find and knitted them all tiny little swimming caps.

When the day finally came, he was so excited.

But when the race started, he was so disappointed.

It turns out the swans reacted poorly to the chlorine level in the water. They all started screaming and attacking each other and eventually every single one of them drowned.

“Guess we’ll call it a draw then,” said Billy, kicking the ground. 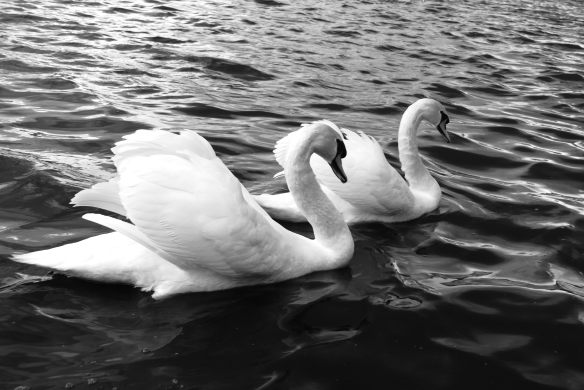 The maid sat back as her eight colleagues were milking their boss’s cows.

“I’m pretty sure this isn’t in our job description,” she said.

An almighty crashing sound came from inside the house as a bunch of farmer’s struggled to dust the delicate, dining room crockery.

I was at a wedding not too long ago and there were some ladies on the dancefloor. At a quick glance I’d say there was nine of them. Perhaps more. But no matter how many of them there were, it’s safe to say those ladies absolutely loved dancing.

They were throwing shapes I’d never seen before! Knees were hitting ears, elbows were smashing on the floor, stomachs were smacking stomachs, backs were arching backwards, forward rolls turned into headstands, it was remarkable.

If I’m being completely I was a little embarrassed, but that was only because it was day time, there was no music and at that moment the dance floor was being used to host the wedding ceremony, but once I got my head round all that it was impossible not to join those infectious nine ladies dancing. 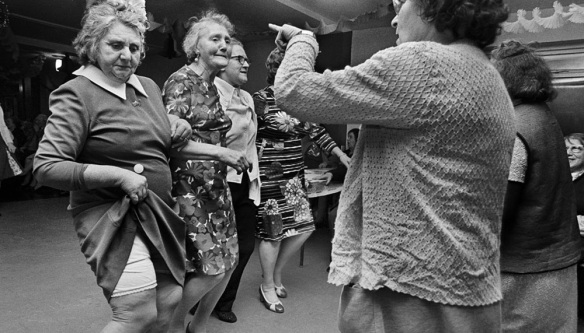 The ten Lords leapt into the River Thames as Alan Sugar laughed his head off.

“Can’t believe you fell for that!” he said, pointing his horrible little finger. 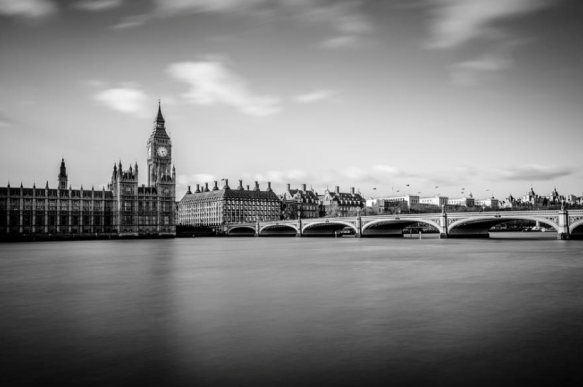